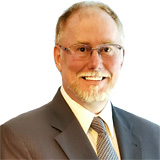 LAKE ORION, MI —  Mike Fulton is the new Executive Vice President for Sales for CGS Automotive Inc., a North American automotive test and measurement systems supplier. He is responsible for the management of existing CGS clients and for expanding the company’s network of customers.

Fulton has extensive experience in both the finance and real estate industries, with particular expertise in developing staffing and integrating operations efficiencies. He also has a lifelong passion for restoring classic cars and is an avid collector  of vintage vehicles.

His work history includes management roles in companies such as Guardian National, Bally’s Health Club System, and Asset Acceptance, the latter for which he began with a staff of 14 at a single location and grew it to 400 employees at 4 locations. Prior to joining CGS, Fulton was a sales staff manager for Citigroup. He headed branch offices in Michigan, Wisconsin, and Illinois, and developed a series of highly successful training programs.

“We want to expand our network of customers throughout the North American market and intensify the cooperation with our international partners,” Fulton said. “We are well positioned to support the Tier I and OEM community.”

CGS Automotive, Inc. is an independent subsidiary of CGS — Computer Gesteuerte Systeme GmbH — a global company founded in 1985. In addition to North America, CGS has locations in Europe and Asia for which it provides testing and programming equipment for ECUs and sensors in the areas of research & development, design validation, lifetime test, and end-of-line test. CGS also integrates its test and measurement equipment into its patented production inline test stations (ITS) for PCB-level testing, providing a single, small space-saving solution.