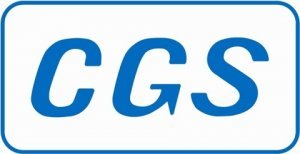 Complex Vector has been integrated into the CGS Group with immediate effect. Former Managing Director Michael Winklhofer takes over the management of hardware development and the new BoundaryScan division at CGS.

His experience of over 35 years in hardware development, and 20 years in BoundaryScan, have been confirmed by 500 successful projects in the automotive, aerospace+defense, consumer and industrial electronics and many other industries.

Thanks to the expanded resources of CGS, such as mechanical production, turnkey solutions can now also be offered from a single source, integrated in the Inline Test Stations (ITS) in connection with an In-Circuit (ICT) probe or in Flying Probe Testers (FPT).

Besides the already large selection of standardized test boards/signal conditioning and adapters, CGS also offers customer-specific development and production of these modules. As a development environment CGS continues to rely on the 1000-fold proven CASCON(R) of our partner Göpel electronic GmbH, not least because of the uncomplicated and fast implementation of gang programming.